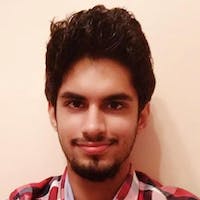 To simply put it, Bitcoin is a new form of money invented in January, 2009.

That we don’t know, but the creator operates under a pseudonymous identity of Satoshi Nakamoto. We don’t know if Satoshi is him/her or a team of individuals.

What purpose does Bitcoin solve?

It was created in January 2009, just after the United States housing bubble (and the Great Recession of 2008).

To understand its purpose, let's first go through the series of events that led to the Great Recession.

Now, the US government had to step in to revive the economy. They did 2 things:

As more money got pumped into the economy, the actual value of the existing money reduced.

To understand this better, let’s use an example.

Now, what will your ownership percentage be if another $100 get pumped into the economy? It’ll be reduced to half, right? You'll now own 5% of the total.

What happened exactly? All of your lifetime savings got reduced even though you spent nothing. It resulted purely out of government’s decision to pump more money.

No one would want that. Right?

But that continues to happen.

Estimates say that in 2020 alone, the U.S. has created 22% of all the USD issued since the birth of the nation.

As a matter of fact, there is no limit to how much a government can print money.

In order to address this issue, Bitcoin was created.

You may ask, how do I know this?

Well, Satoshi Nakamoto left a message in the genesis block (the very first block in the bitcoin’s blockchain).

Here is a link to the article.

Just right now, I came across this website that can make you rich if you have a copy of this newspaper, lol.

So how does Bitcoin solve this problem?

This sounds like magic, I know. I had this same feeling when I got introduced to Bitcoin for the very first time.

This technology is filled with such eye-opening moments and with this platform I want to make it more accessible.

Hope you learned something new today. Thanks for reading :)